Black night screams aloud
Strings are bowed amidst the dark
Atmospheric bleak
Posted by Matt Hinch at 11:48 AM No comments: 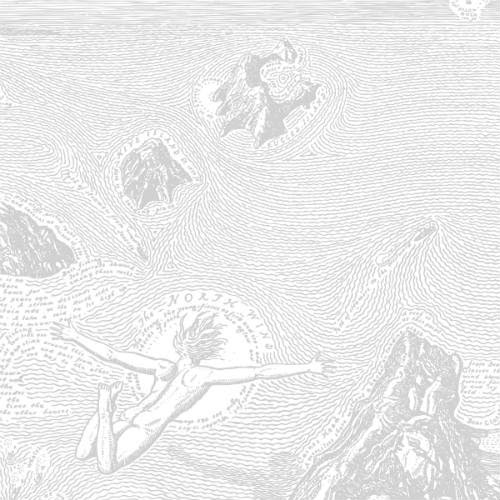 Back in April, the always reliable Gilead Media teamed with Pesanta Urfolk to release a limited (1000 copies) split 7' featuring the bands Hell and Thou entitled Resurrection Bay. How something like this escaped my notice until recently is a great mystery. Mystery solved.
Salem, Oregon's Hell contribute their track, "Sheol" on one side. I am shamefully ignorant of Hell's previous full lengths. So this split serves as my introduction to this Northwest duo. Should the uncompromising doom of "Sheol" be representative of their work, I need to dig into their back catalogue post-haste. One can practically smell the cobwebs festooned on the stalactites hanging overhead in the cavern in which the black metal shrieks of vocalist/multi-intsrumentalist M.S.W. must have been recorded. (Drums are handled by Adam Torrvella) If the lurching pace of the track is any indication, the floors of said cavern must be knee deep in rotting detritus. The filth sucking at the feet of the listener in their futile attempt to escape the darkness. Haunting noisescapes are injected to feed this misanthropic nightmare. Yet for a few tantalizing moments, a feeling of openness presents itself. Whether you view this as (misguided) hope or calm acceptance, the result is the same. No one breaks free from this Hell.
The ridiculously prolific Thou graces the other side of this white vinyl with the deceptively titled "Ordinary People". Ordinary people don't make this kind of music and ordinary people don't listen to this kind of music. Ordinary people don't know what they are missing. While still rooted in the same oppressively heavy doom as Hell, the overall feel of "Ordinary People" compared to "Sheol" is almost in opposition. "Sheol" felt very "under the ground" whereas "Ordinary People" feels more "above the ground". While Hell resides within the mountain, Thou strides across the range itself. The guitar tone is still bone-crushing but there is an airiness present as well. Almost a feeling of height. As if the riffs themselves tower over the feeble and weak, projecting authority. Within its six and a half minutes, the track contains a number of "movements". The cadence shifts from a foot-dragging crawl to periods of  half-gallop and purposeful march. Whatever the pace, the riffs remain muscular and full-bodied. Not to be outdone, vocalist Bryan Funck is equally as scathing in his delivery yet matches the difference in vibe given off by both bands.
More or less cut from the same cloth, the samples of Thou and Hell on each side of the 7" present as different shades in the same colour palette. Perfectly complimentary with a subtle contrast to define the edges between the two.
At this time, Gilead Media is sold out but it appears copies are still available from Pesanta Urfolk here. And they're only $8.50. (While you're there, check out the Ash Borer t-shirts. That logo is just as stellar as the music it represents.)
Posted by Matt Hinch at 5:53 PM No comments:

Titan will be slaying audiences across Europe after a hometown send-off show starting this Saturday June 23 at Soybomb in Toronto.

Burn is available NOW for FREE download at http://hypaethralrecords.bandcamp.com/album/burn but it is highly recommended you exercise the option to make a donation to the band and support quality Canadian metal.

Burn will also be available to purchase as a 2xLP from React With Protest in Europe June 29 and from Hypaethral Records in North America August 3.
Posted by Matt Hinch at 5:20 PM No comments:

The latest in a string of releases on Dark Descent Records to have grabbed my attention is the third full-length album from Belgium's Emptiness, Error. I can't quite remember what attracted me to the band initially but I strongly suspect it was the name. See, I study and practice Buddhism and the concept of emptiness is central to that belief system. However, this particular Emptiness is not all about peace and love. Quite the contrary. Instead of emptiness as the nature of all existence, the feeling I get from Error is the emptiness of the soul. Leading the charge through the ethereal darkness are bassist/vocalist Phorgath and lead guitar/vocalist Olve J.LW. Both of which are also members of (purer) black/death metal outfit  Enthroned. (Their 2012 album, Obsidium is excellent.) Rounding out the quartet on rhythm and drums respectively are Phil P. and Jonas Sanders.
Across the album's nine tracks, Emptiness captures the all-pervading grim atmosphere of black/death/doom much in the same way as Hooded Menace. One difference being, Emptiness manages to take the dissonance and angularity present in many of the bands of the so-called "Sumerian-core" ilk, slow it down and infuse it with the requisite level of darkness necessary to fit the band's modus operandi.  On Error you'll find that the weight of death metal coupled with the malicious fervor of black metal makes for an intense combination. Add to that a "noise" element and things really get captivating. In the title track there is even a saxophone that muscles its way into the melee.  And in my opinion, it works better here than the sax on the new Napalm Death album. (Gasp!)
Cutting through the sense fog of uneasiness and chaos that envelops the album is a sense that these songs are actually fun to play. The corn-free "mosh parts" are interwoven so seamlessly that the listener may be taken by surprise by the urge to throw oneself against another. I'm not suggesting an Emptiness show would be plagued by circle pits, but the riffs do compel one to be engaged beyond merely raising some invisible oranges and nodding along. Betraying that tonic for inducing metal camaraderie are the almost aqueous vocals.They are drowning in their own cold-hearted menace. They sound as if they belong to a sinister, disembodied pan-dimensional being occupying your cerebral cortex and manipulating your very existence. Underlying the bludgeoning force laid upon the listener of Error is a subtle beauty. Certain passages, riffs or even just notes elevate the otherwise drag-you-through-the-pits-of-hell atmosphere. Although, it very well may just dig its hooks into you do just that.
Emptiness has been around since 1998 with their first full-length, Guilty To Exist,being released in 2004. But I've just been turned on to them now. I feel like I've been missing out for the last eight years. But that's no reason you should miss out any longer. This misanthropic journey to the precipice of insanity is available now from Dark Descent Records.
www.twitter.com/MetalMatt_KofN
Posted by Matt Hinch at 5:50 PM No comments: