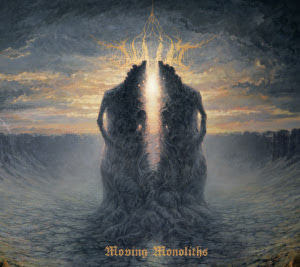 Writing about Moving Monoliths did not come easy. That’s not to say the latest from Winnipeg black metallists Wilt was uninspiring. Quite the contrary. But it’s such a personal sounding album that rather than pick at it, internalizing it and experiencing it is more satisfying and it’s hard to break away from.

Kingdom of Noise readers may remember that I dubbed Wilt EP of the year for 2012. I also said a lot of nice things about it that I could replicate here as this album carries the same spirit. However, Moving Monoliths delves deeper into despair. Listening to the howled laments and downtrodden, doom-inflected black metal for hours on end can be quite depressing. Trust me, I know. But the atmosphere and melody that Wilt manifest is hard to turn away from.

“Illusion of Hope” opens things with lethargy, melancholy and doom, setting the tone for the album. Blasting from the doldrums, smashing percussion (with some simple yet effective movements), fierce guitars and ferocious vocals run the listener over before settling down somewhere in the middle.

Throughout, lush, sweeping melodies weave through the soundscape with atmosphere clinging to the soul like a fog, sending a deep chill into the bones. Anguished vocals hang heavy yet feel empowering and cathartic despite the obvious pain. Wilt do a good job too of building a sense of internal pressure and releasing it in a way that becomes encapsulating. Yet no matter how high that explosion of raging tremolos, blasting drums and bestial fervor becomes, Moving Monoliths inevitably returns to the despairing depths.

It’s not all rise and fall though. The title track more or less stays solemn and melancholic with a slower general pace, pained vocals and a hopeful melody rising about the darkness but unable to break away. It’s resolute in its misery and full of so much sadness. As it reaches its apex in the track’s final moments one can feel the transcendence of sorrow. How the listener perceives that transcendence (rising up, or giving up and carrying on) is a matter of opinion.

As with their self-titled EP, Wilt manage to inflict all manner of emotions upon the listener. Rage, hopelessness, defeat, determination and a measure of catharsis flow through Moving Monoliths’ icy veins. The terrible laments bleed pain and struggle, atmosphere strikes the pit of your heart with a frozen dagger slid slowly between the ribs. Bleak guitars and powerful percussion surround and pound, leaving the listener in a daze of conflict.

Moving Monoliths does just that and more. It runs the gamut of emotional, atmospheric and melodic black metal informed by the dread and despair of doom. It’s a wonderful stroke of bleakness and stark, open-hearted emotion and sometimes, all you can do is wilt.

Wilt on Facebook
Posted by Matt Hinch at 8:25 AM No comments: 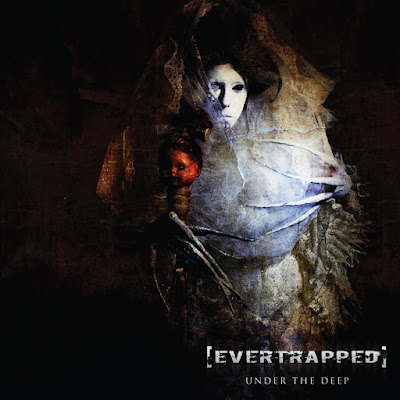 I wouldn’t say I listen to much melodic death metal at all. Lamb of God I suppose if we’re going by the RIYL line for Under the Deep by Montreal’s [Evertrapped]. Mostly because I find much of it sounds the same and it stopped doing it for me years ago. That’s not to say I wasn’t cautiously optimistic about hearing this one.

After the intro track things started out pretty good. Ample aggression and obvious chops. Good, good. Definitely melodic death. Nothing offensive to my intelligence. Not weak. And I can pick up bits of bands like At the Gates, Devildriver and lots of Soilwork. Okay.

Concussive rhythms mix with blazing runs often with melodies shifting beneath the weight. Stop/start dynamics find their place giving the spine a workout. The drummer puts on a veritable clinic and the throaty cop/raspy cop vocals are well-executed.

Now this is all fine and good, I suppose. In measured doses. At least for me. Where I find issue with this non-djent (thankfully) slab of technical aggression is how there isn’t much to differentiate [Evertrapped] from other bands of their ilk. Or even themselves. They follow much the same formula as their kind and keep that formula consistent across the album. It’s good to have a style but I shouldn’t have to check the track number multiple times thinking I’ve circled back around.

Don’t let me discourage you too much though. Like I said, I don’t consider melodic death metal to be an area I delve into often. But the songs never fall short on aggression or musicianship and I’m sure they pull shit off live.

If melo-death is your thing, especially At the Gates and Soilwork, then [Evertrapped] and Under the Deep fall right into your wheelhouse. You can find them on almost all those streaming platforms so you might as well check them out.


[Evertrapped] on Bandcamp
Posted by Matt Hinch at 2:26 PM No comments: