He Whose Ox is Gored - Rumors 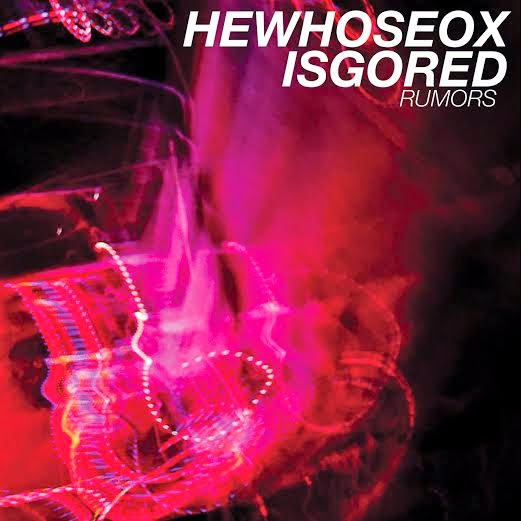 He Whose Ox is Gored followed me on Twitter about a dozen times. Must have been a glitch but I never followed back. No offence, but at the time it was just another random band. Until the promo for Rumors landed in my inbox. I had no idea what I was missing.
After diving into this 10+ minute EP I feel like a fool. This band is really cool. It deserves to be said plainly. If these three tracks are any indication of their style, they can be added to the list of bands defying categorization. One can hear alt-rock, noise rock, grunge, sludge and techy/progressive elements woven into an aesthetic that feels decidedly unpretentious.
Vocalist/synths Lisa Mungo sings with confidence. One can sense her natural expressiveness and ingrained talent. Her vocals are a mix of sweet and easily digestible and a more passionate yell without loss of control. Paired with the atmospheric synths and she serves as contrast to the more abrasive tones laid down by her bandmates.
Opening track “Void Assault” has guitarist/vocalist Brian McClelland bringing a rolling semi-tech riff somewhat akin to modern Mastodon but with enough mathiness to make it sound like Meshuggah through a post-hardcore filter. Bassist/vocalist Mike Sparks also shines here with a bass solo that is just bonkers.
“Buried Twice” shows off their gnarlier side. The superfuzzed tone and straightforward, catchy riffs take hold as Mungo wails the chorus beyond a doubt of conviction.
The synths aren't as prominent on much of the title track but their subtle impact is still felt. The track drives hard as well as leaves space open for Sparks's dynamic bass to not get lost amid the crunchy fuzz and drummer John O'Connell's energetic and nuanced playing.
Overall, Rumors sounds intimate and heartfelt while maintaining an adequate energy. It's just edgy enough to be cool, but not so aggressive as to turn off a larger audience. They walk a stylistic line that could lead to quite the broad cross-section of converts. Rumors is incredibly catchy, especially in the vocal department. I have a feeling they could do much more musically but they wisely sacrifice overbearing virtuosity in the interest of songcraft and gut reaction.

Rumors on Bandcamp
Posted by Matt Hinch at 6:49 PM No comments: