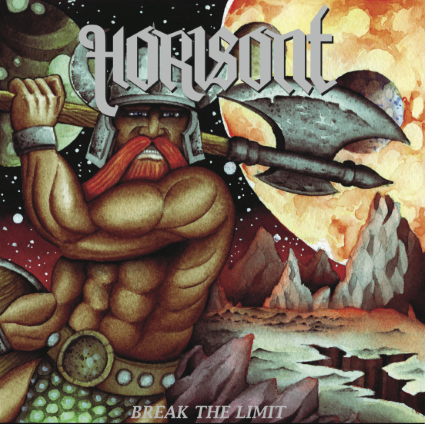 If you've been waiting for Swedish throwback rockers Horisont to release a new album you'll have to wait a little longer. I know, Fall 2013 was so long ago! But in the meantime the quintet has released a killer 7” called Break the Limit (Rise Above) to whet the appetite. Comprised of two songs both just barely cracking the four minute mark, it's not much but the boys pack in as much as they can.
“Break the Limit” utilizes deft fret work and cruisin' riffs to great effect, immediately taking the listener back to the days of yore. The chorus is as hooky as Hell is hot in August particularly thanks to vocalist Axel Söderberg himself. When he hits those hight notes you just have to sing along. Or at least try to.
Drummer Pontus Jordan is swift and filly, with jazzy movement. The bridge is slow(er), ominous and heavy on Magnus Delborg's bass. And of course, guitarists Charlie Van Loo and Kristofer Möller simply tear it up with soaring guitarmonies and shredding solos.
Flipping over to “Yellow Blues” we're greeted by some fancy keyboard work. No word on who's playing them but they need to keep it up! It lends extra flair to the bellbottoms and makes hair grow. They don't stick around too long as they give way to some rumbling riffage. Jordan propels his thunder feet down the highway like a semi without brakes. The keys come back with a psychedelic edge just before the glory. Van Loo and Möller battle each other as if they went down to Georgia. It's all very bluesy and such but when they lock horns together they just fire off into the stratosphere. Fantastic.
I actually missed out on 2013's Time Warriors so this 7” is the first I've heard Horisont since 2012's Second Assault and I just about forgot how tight these guys are. I never realized how much Söderberg reminds me of Early Man's Mike Conte until now. A Horisont tour with Early Man and Dune would be stellar! Anyway, as good as Break the Limit is, it's more of a tease than a stop-gap.
These songs have a fire burning under them and one can only hope that extra energy carries over to a new full length as soon as possible.
In the meantime, check out the video for “Break the Limit”!

Fayne - The Queen of Kings 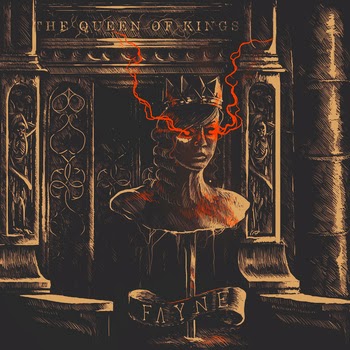 I'm not going to spend a lot of time on The Queen of Kings by Montreal's Fayne. Mostly because this sort of music is targeted at a young audience and at 36 I feel anything but young. But also because regardless of age, there isn't much that's interesting about it.
Metalcore/deathcore is a tired genre whether the genre's backers want to admit it or not. And Fayne pretty much regurgitate the same recipe as a million other bands. Whiney emo vocals, like Alien Ant Farm covering Michael Jackson's “Smooth Criminal”, or a third-rate Chino Moreno, trade off with your typical death grunts.
(I kid you not, mere seconds after writing that Alien Ant Farm bit, a guy walked in on me and when I shut it off for him to use the phone he says “Oh I know that one! Smooth Criminal! Alien Ant Farm!” To which I replied “You'd think so. But no.”)
Breakdowns a plenty and that djenty lack of flow comprise the bulk of their sound, with a fair share of guitar acrobatics and emotive solos. Some of those breakdowns are worthy of breaking a chair over someone's face (in a good way) but it's nothing countless others can conjure up.
Stuff like this sells whether I like it or not. I suppose it does have a market (a buddy of mine likes it) among the melody deprived karate dancers. And for what it's worth it sounds good. But despite production values that make The Queen of Kings sound as clean as a waxed asshole, it doesn't change the fact that what's coming out is shit. And it doesn't smell like roses either.

The Queen of Kings on Bandcamp

Posted by Matt Hinch at 3:17 PM No comments: