Kingdom of Noise is pleased to be streaming the new album from Blliigghhtted entitled Zeroes for your listening (dis)pleasure! 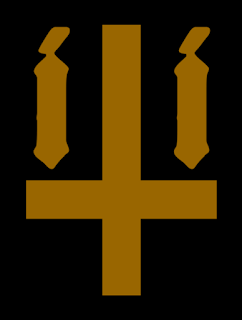 The trio appear totally absorbed by their creative forces and thusly, the listener is drawn in as well, wrapped under layers of sonically manifested terror and confusion. As expected from this group of musicians, Zeroes is a challenging and exhaustive experience. Prepare thyself.

For more BLLIIGGHHTTED, including complete discography and merch, visit the links below:

Bandcamp: http://blliigghhtted.bandcamp.com/
Posted by Matt Hinch at 12:30 AM No comments:

Enslaved and YOB with Ecstatic Vision and Kosmograd @ The Opera House, Toronto March 19, 2015

Sometimes there's more to a show than just the bands playing it. When Enslaved and YOB come to town it's kind of a big deal for the underground metal fans. People show up, giving homebody shmucks like me a chance to meet all kinds of people I only know online. In this case I was attending a show that a bunch of my Hellbound.ca colleagues were also showing up for. After almost 3 years of writing for that site I finally got to meet Sean Palmerston, Laura Weibe, and Adam Wills. Renee and Danielle were there too but I didn't have the chance to meet them. I was also finally introduced to Profound Lore Records' Chris Bruni. While it was awesome to finally meet all them, a show is less than ideal for conversation. But I'll take it! On to the show.

Local band Kosmograd opened the show. I'll be honest. I wasn't paying that much attention. I was trying to chat with the above people, survey the lay of the land for later and check out the merch booths, where I didn't see Kim Kelly who was travelling with YOB because she got denied by some jerk at the border. But, what little I picked up sounded tight and they're stage presence was good. I was just distracted.

Heavy psych band Ecstatic Vision took the stage next. I'd watched some video of them performing at St. Vitus Bar in NY and they started off with the same song I watched. The biggest impression they left on me was passion. Dudes were either 110% into their art or blitzed on something. Or both. Their psychedelic heavy rock was sort of a mix of Milking the Stars-type Monster Magnet and Hawkwind jams. I bet I'd totally dig it on record in the comfort of my own home but in the live environment it kind of fell flat. I was also stone cold sober so that contributed but their energy was....different.

Here's why I made the trek to The Big Smoke. The almighty, incomparable YOB! Last year's Clearing the Path to Ascend is one of those instant classic albums that I will undoubtedly spin for my whole life. Needless to say I was excited. A handful of us found a nice spot near but not too near the stage to not only see and hear the doom trio but feel them. With only a 50 minute set time (a bigger travesty I have never seen) they could only get three songs in. All three were off Clearing and that was okay with me and the rest of the crowd that appeared just as buzzed about it as I was. From the opening sweep of "In Our Blood" to the closing notes of "Marrow" YOB kept the crowd entranced with their immensely powerful doom full of deep emotion. I'm sure I wasn't the only one that was totally taken over and let my eyes close, head tip back and just take it in all the massive and moving doom metered out by guitarist/vocalist Mike Scheidt and bassist Aaron Reiseberg.
The rolling rumble of drummer Travis Foster during "Nothing to Win" got things moving, sparking a sad three-man mosh pit right in front of me. I say it's sad because despite the jumped up tempo, YOB is not mosh music. It was short-lived however as the band settled into "Marrow" to close out the set. Here's where they excel at separating body and mind. As I stood transfixed, eyes closed, nothing was touching me but the music. I couldn't even feel my aching feet. It was like my body was floating in a vessel of sound, bouyed by the invisible waves and completely unaware of any other stimuli. It was exactly what I wanted. And despite my expectations, I didn't cry! Very nearly did but maybe I was just too happy to be there to break the dam. THAT'S what live music is all about.
YOB delivered. Plain and simple. They owned the stage. I wasn't alone in wishing they could play for 2 hours but that wasn't to be on this night. Enslaved was too take up arms next.

I had to do some hardcore catching up on the Enslaved discography before coming to the show. I had some unprecedented time to waste on YouTube so I took advantage and schooled myself. After listening to Frost and every full-length from Below the Lights on, including new album In Times, Vertebrae is still my favourite. Even with those albums in my recent memory I still didn't know what song it was unless Grutle Kjellson announced it. I started mere feet from the bassist/vocalist but moved near the back of the venue after one song so I could actually hear the band. Sound down front was limited to percussion, vocals and bass. Closer to the back I could hear Herbrand Larsen's keys and the guitars of Ivar Bjornson and Ice Dale ripping out their intense black metal struck with their growing prog influences.
Enslaved ran through a 90 minute set covering quite a wide range of their history displaying their excellent musicianship and almost over-the-top showmanship. Total rock stars. At least on stage. I can't speak to anything other than that but I didn't see them out with the crowd at all so.... Enslaved fans were not disappointed however. Despite the sub-par sound the crowd was into it. Fists in the air, heads bangin', lyrics sung. Just as it should be. Black metal can be a tricky proposition in the live environment but it didn't seem to bother the floor. At least once though the band went into one of their more progressive passages and it sucked the life right out of the room. You gotta keep that momentum going! But it didn't take long to amp the masses back up.
Highlights from their set included "As Fire Swept Clean the Earth", "Ethica Odini", "In Times", "Building with Fire", "Fenris", "Convoys to Nothingness" and set closer/live staple "Isa". For that one the Norwegians were joined on stage by YOB's Reiseberg and Scheidt for some vocal assistance, after which Scheidt left the stage bowing to Enslaved in reverence. I'm sure his sentiment was echoed by the throngs of Enslaved shirt-wearing fans. Their history is long and storied and they played up to that. They may even have won some new fans out of those (like me) who were there to see YOB.

I hadn't been to an out of town show in almost two years but this one was worth it. It takes a lot to get me to travel for shows but after seeing YOB play, they could join the ranks of bands I'm willing to go to those lengths to see again and again. I personally enjoy Enslaved more with a good set of headphones but I wasn't disappointed. The icing on the cake was meeting my friends and shaking Mike Scheidt's hand to thank him for the interview I did with him last year for Full Metal Parenting and getting my picture taken with him and Bruni (and my buddy Gabe). I really should get up to the city more often but this show left enough good vibes in me that I should survive for a while.

The good follks at Metal Temple are hosting an exclusive stream of the track "Seven Zeroes" from the upcoming album Zeroes by Turkish experimental black metal collective Blliigghhtted!

Check the link below.

The 45-minute album is by far the most progressive and chaotic material recorded by the prolific Turkish musicians. At once dissonant and mighty like Melkor's chants in timeless halls. Recorded in a conducted fashion helmed by Ruhanathanas, this dark journey has come to fuse together a variety of influences that one can get through high doses of hermetic Extreme Metal and Dark music. From Ambient driven Doom undertone to Psychedelic Synthesizers to relentless Black Metal melodies and chanting Death Metal vocals the album presents chaos of dark reality trying to break free of its cosmic shell.

Formed by Ruahanathanas known for her work in VIRANESIR. BLLIIGGHHTTED is a psychodrama for exploring the history and philosophy of dark spirituality through correlations and juxtapositions of tradition and degeneration in essence and form. Current members include filmmaker-musician Emir Togrul of YAYLA and the idiosyncratic drummer Merdümgiriz. The project is releasing the debut album "Zeroes" through Merdumgiriz Records March 31st.

As with his work on YAYLA, Emir Toğrul's grand vision, each Zeroes CD, Tape, t-shirt and patch is handmade; Emir sprays the discs, cuts and inserts the prints for the jewel case, jacket and tape making all non-machined parts from scratch. All current and upcoming merch comes to fans direct from the hand of the creator himself; there is no limit to the number of "Zeroes" merch, as long as the man is alive. Toğrul is also co-owner of Merdumgiriz.